Our trip started out with a long day of travel from Utah to Texas. We flew Southwest because it's affordable and we can check lots of suitcases for no charge, but all that money you save comes with a price. Our itinerary included 2 layovers, and 11 hours total of travel. We left our house at 8:15 am and arrived in Texas at 8:15 pm - it was a looong day. And that didn't include any delays - we're counting our blessings there.

Sophie is not the easiest lap child (she does not like to be contained), but she handled this hard day very well. She never cried and managed to charm each person that ended up sitting next to us. I didn't even need to break out the emergency supply of dum-dum suckers I brought just in case all our other toys and snacks failed.


Sophie took one 45 minute nap in my arms on the first flight - it wasn't the best, but were happy for at least that 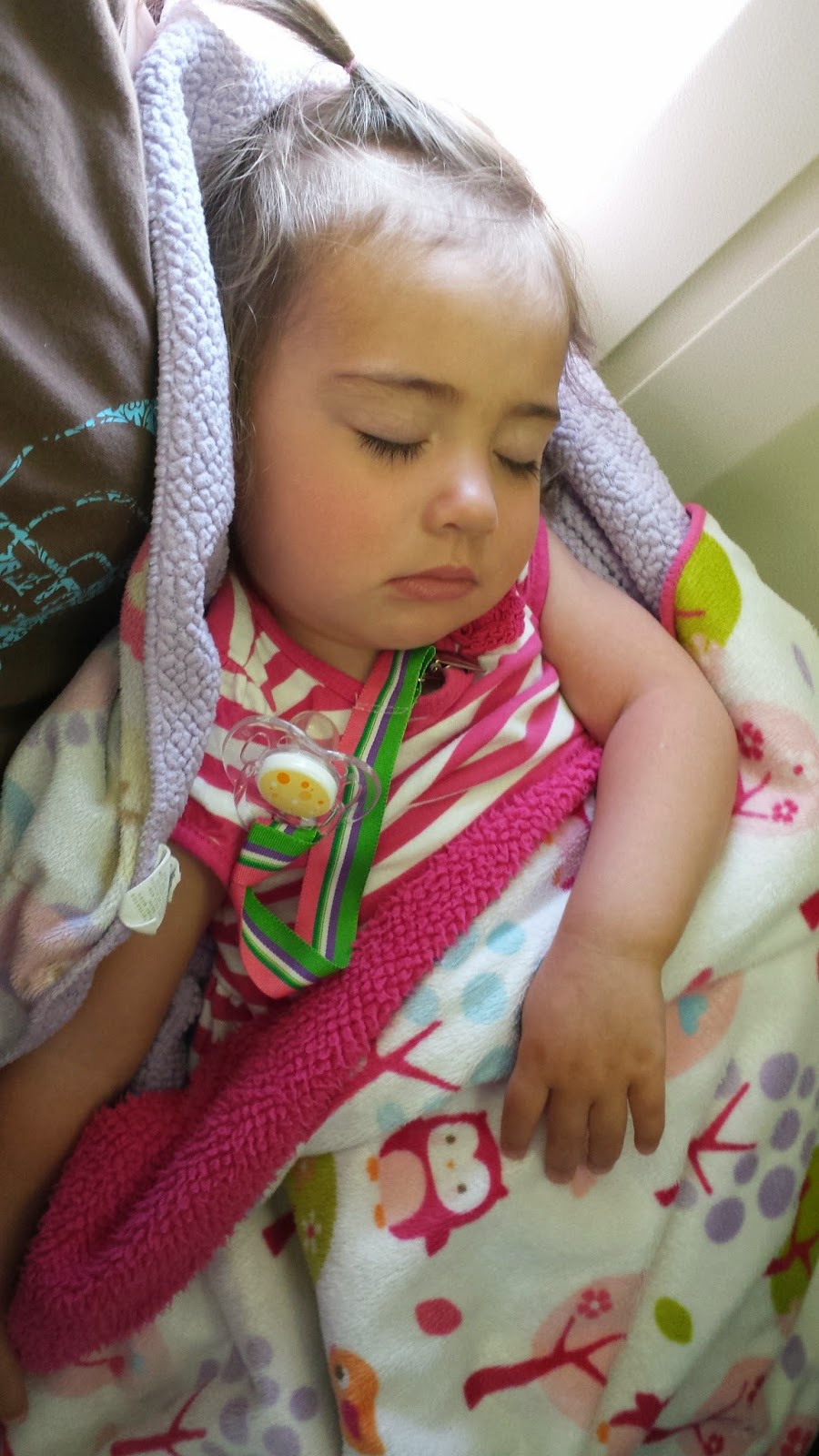 On the second stop we didn't have to change planes and Sophie was enthralled by the loading and unloading of suitcases from the plane. She sat at the window for almost the whole layover. 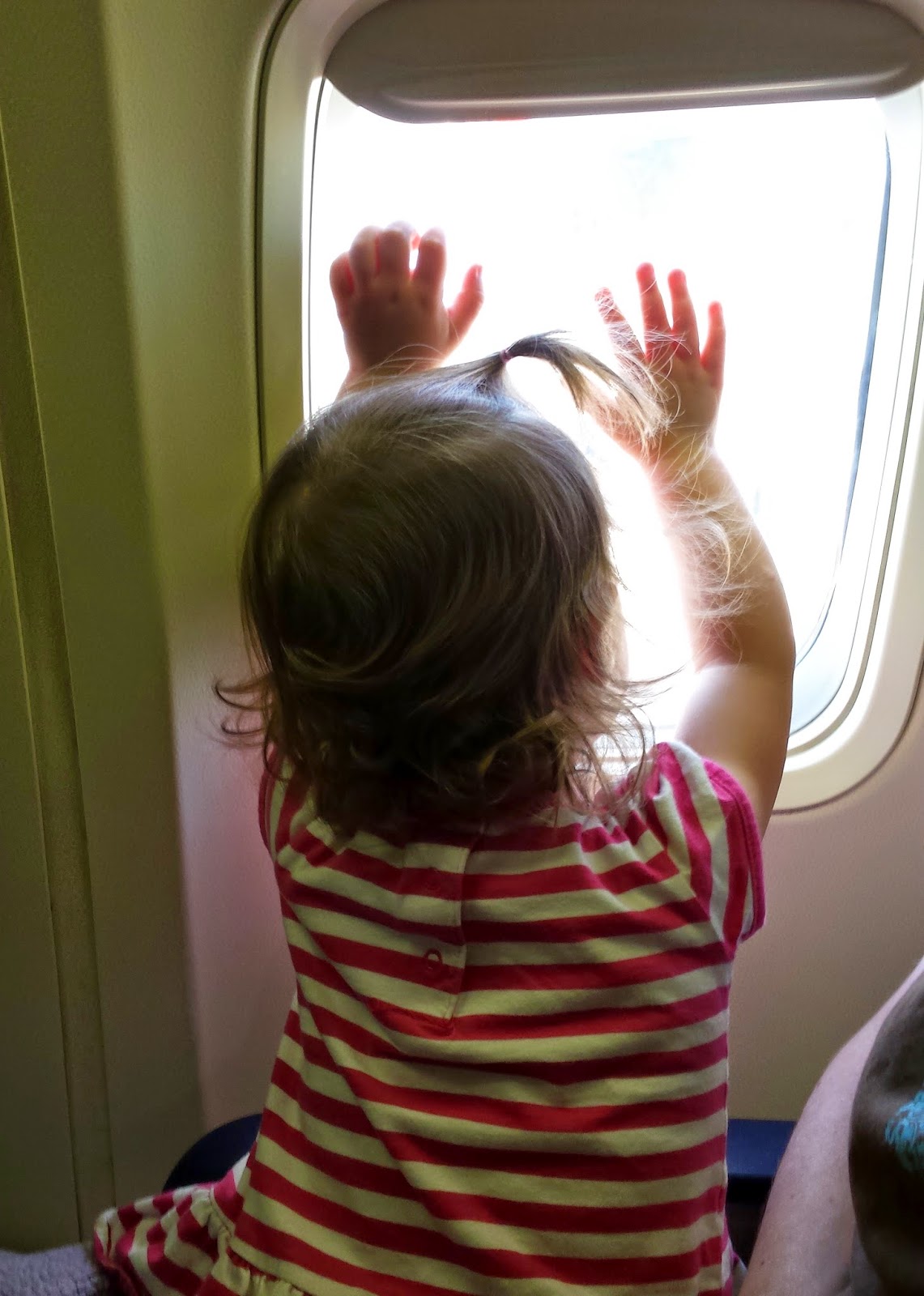 After arriving in Texas we ate a late dinner, let Sophie play for a bit, and then put her down to bed. At 5:00 am I snuck into her room to say goodbye, and then Dave and I headed back to the airport for our flight to Copenhagen. This was another very long travel day (12 hours of flying, and 6 hours of layover), but at least we didn't have a baby with us! 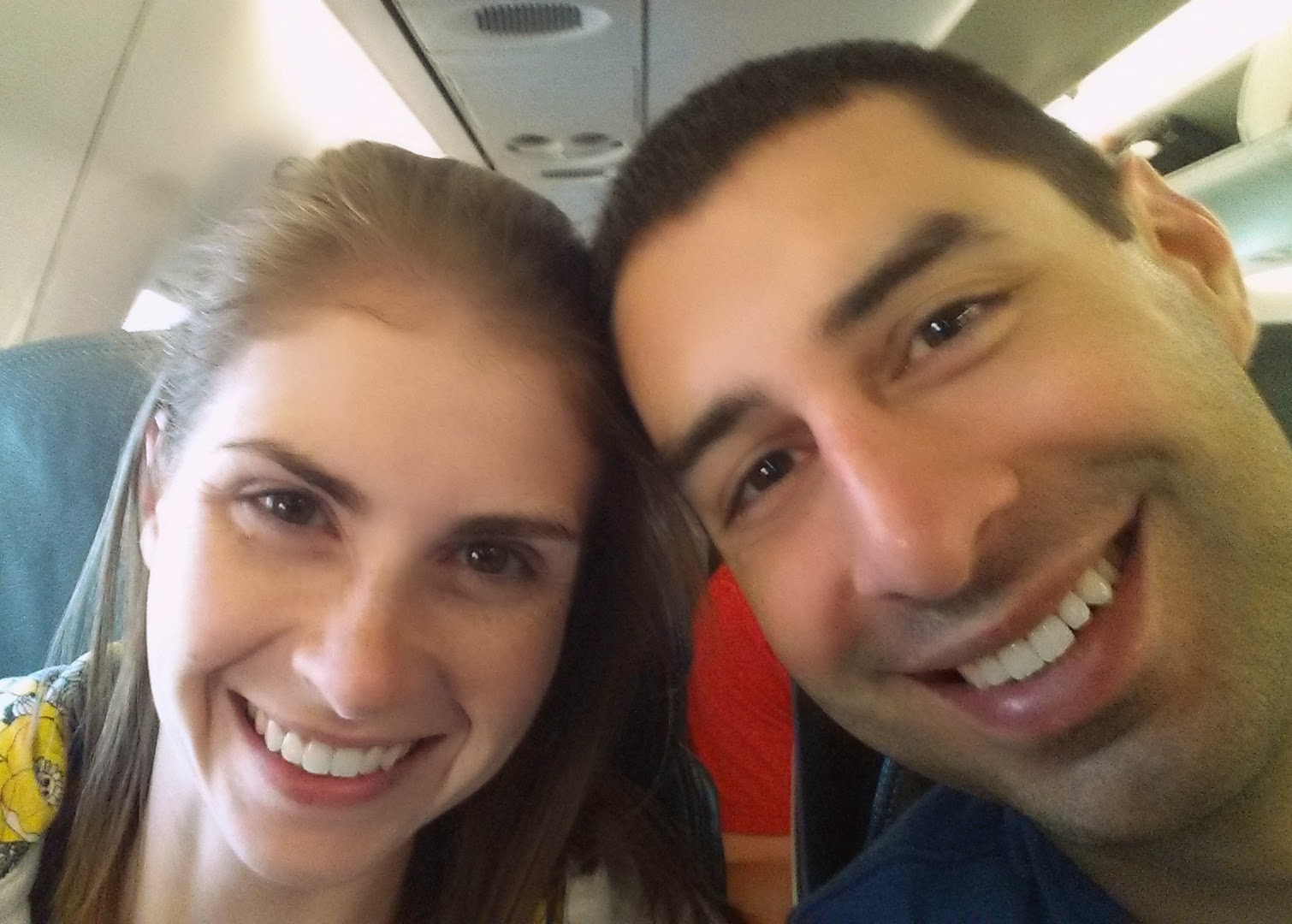 We arrived in Copenhagen at 7:15 am. Neither of us slept much on the plane, but it was a brand new day and we had to figure out how to get from the airport to the cruise ship. We took a train to the central station, and since we couldn't board the ship until 11:00, we walked around Copenhagen in a daze with our suitcases for an hour and then got on a bus out to the port. 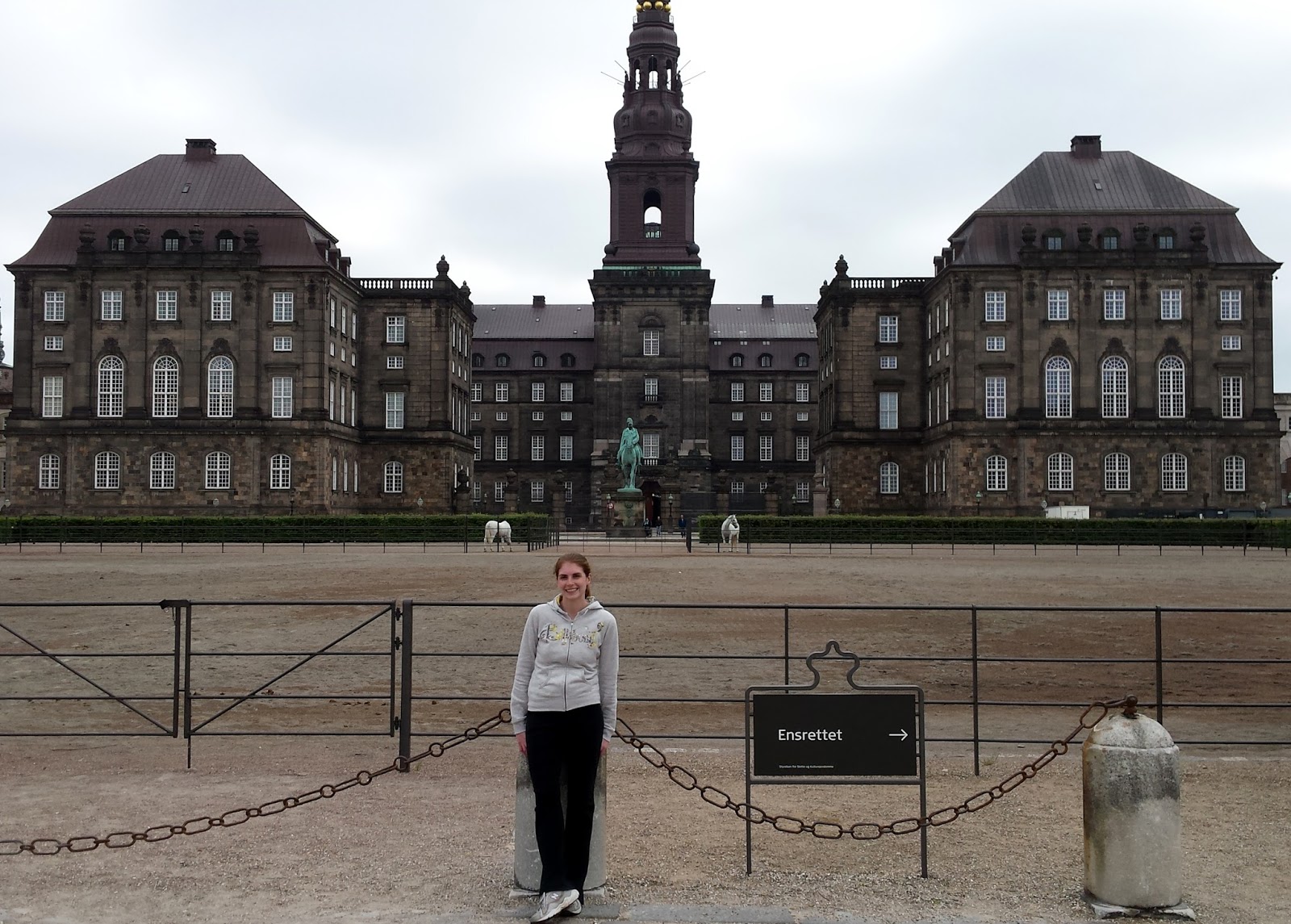 At the edge of the port, our bus driver told us "end of the line, get off". He did not speak good English and when we asked where the boat was he just pointed off in the distance. And there were cruise ships, little tiny ones, about as far away as you could see (I wish I had taken a picture). With no other mode of transportation in site, we started walking. It was a long, hot walk.

After about 20 minutes we made it to a train station where we ran into some other people with suitcases who said it was another 5 kilometers to the ship. Have you ever done a 5K with a rolling suitcase? It's not pleasant. The saddest part was after almost 40 minutes of walking, our bus driver that had told us to get off, passed us heading right for the cruise terminal with a whole load of people. Oh well. We did eventually make it, and the first thing we did after getting on the ship and settled, was take a nice long nap.
Posted by Melanie Howe