For the past week and half we were staying in Provo at my aunt's house while she was out of town. On Monday night we decided to take advantage of our time in Provo and went on a family date night to the BYU Creamery for dinner and to the new recreation center. At the Creamery we both got kids meals, which are the best! Burger, fries, drink, and ice cream for under $4.00. And after Sophie finished the dinner we brought for her, we let her try some of our food. It was her first experience with junk food and I'd say she was a fan :) 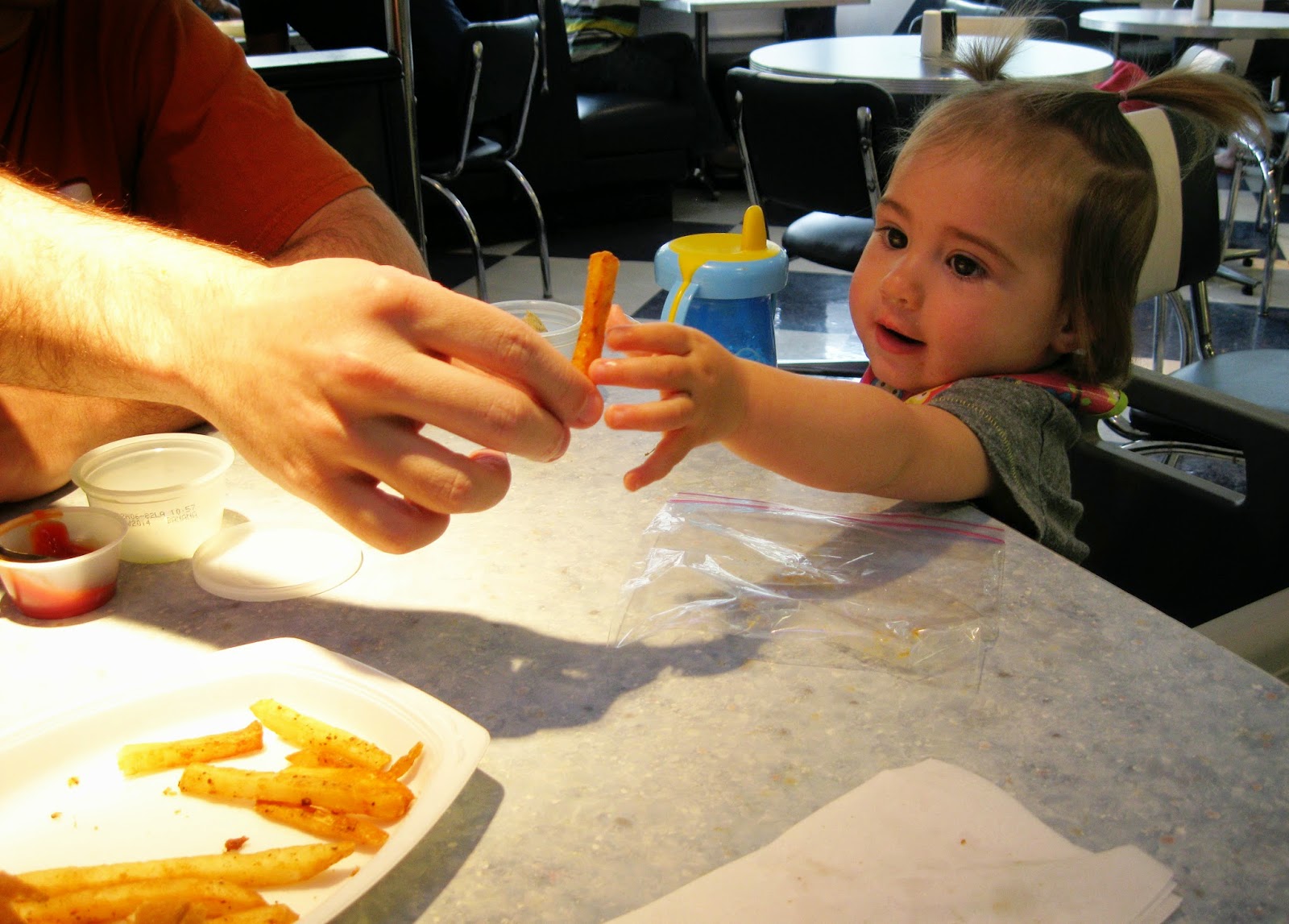 And some chocolate ice cream! 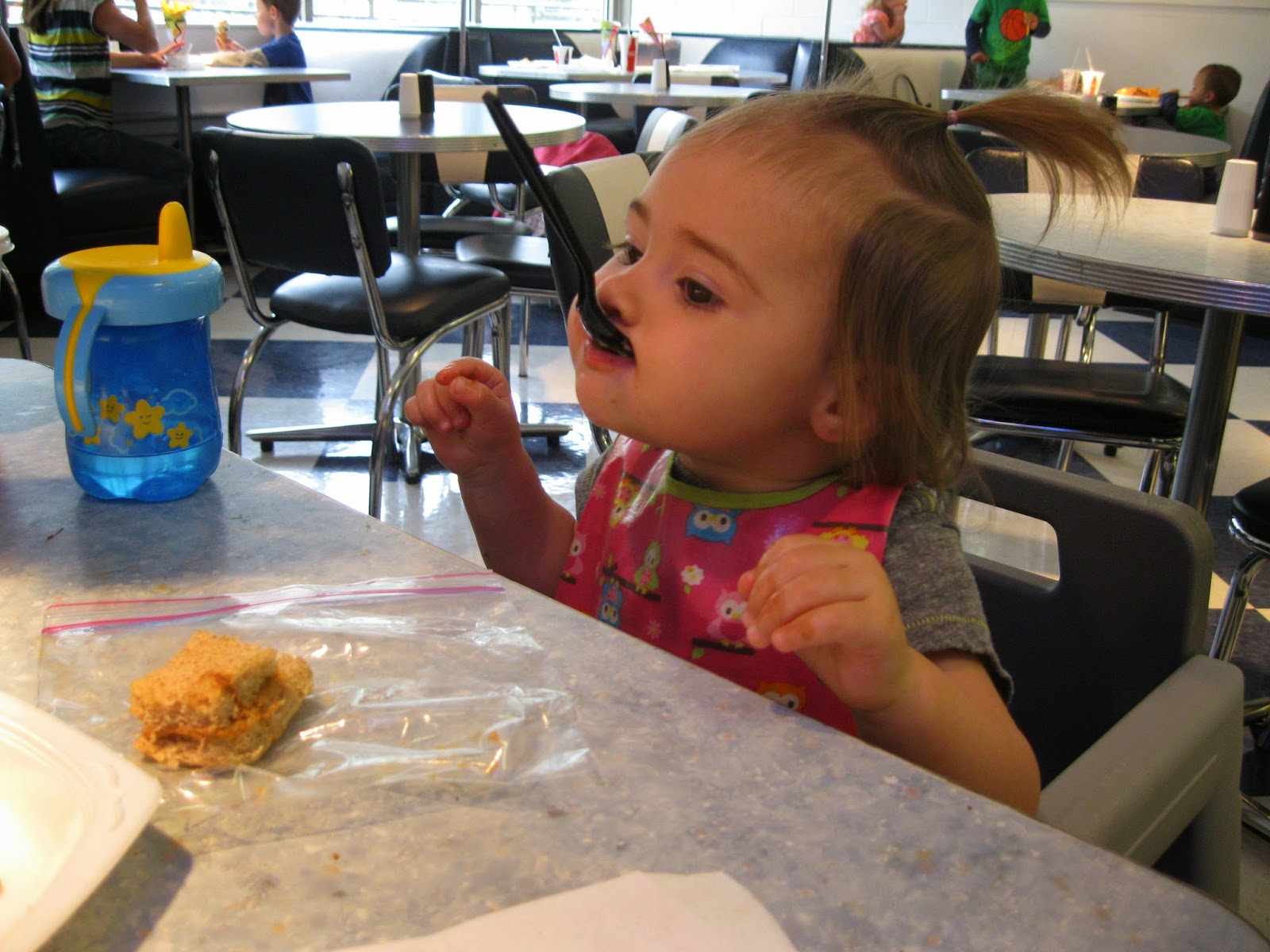 After dinner, we went to the rec center, which is only a few block from the apartment we lived in during Dave's MBA. It was still under construction when we moved, so this was our first chance to visit! We decided to check Sophie into play land for an hour so we could go play a few games of racquetball. This was our first time leaving her in a daycare/nursery type environment so we weren't sure how she'd do. They gave us a pager to call us if she cried too much/got hurt/was mean/needed a diaper change, and we kept watching it, but it never went off! She did great! The staff said she never cried and never needed any attention. She just walked around looking at stuff for the entire hour - easiest kid ever.


A little sweaty after two games of racquetball. Unfortunately I lost both times, but put up a good fight and made it a close game. 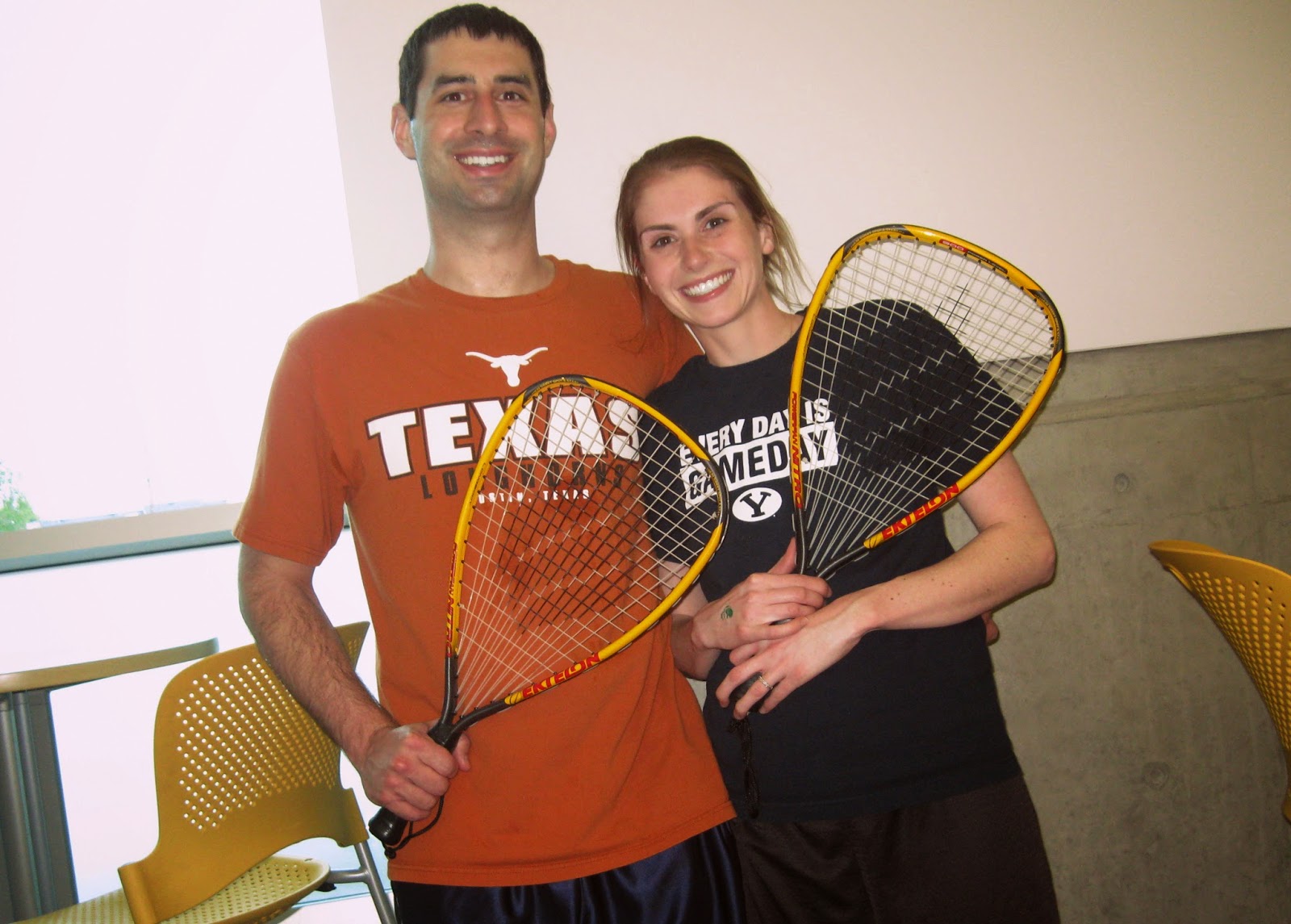 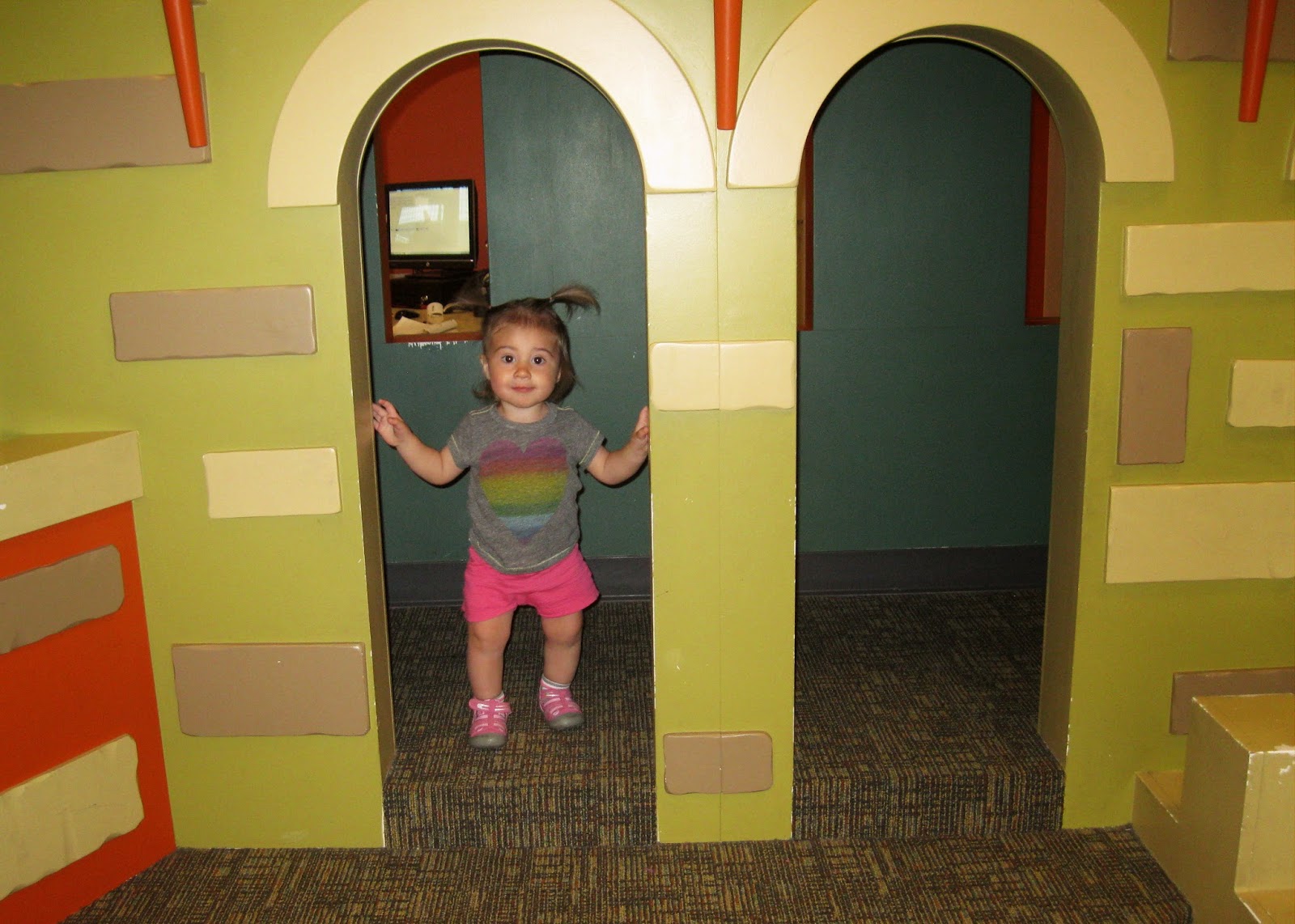 After picking up Sophie we went swimming as a family. The rec center has an indoor water play area, lazy river, climbing wall, slides, and hot tub! This was Sophie's first time at a pool and she did ok. The water clearly made her nervous and when we first went in she had a death grip on whoever was holding her. After some time she was able to relax a little bit and let us help her float on her tummy, back, and glide between us. We have a pool in our complex so I'm sure she will spend a lot of time swimming this summer.


Ready for a swim! 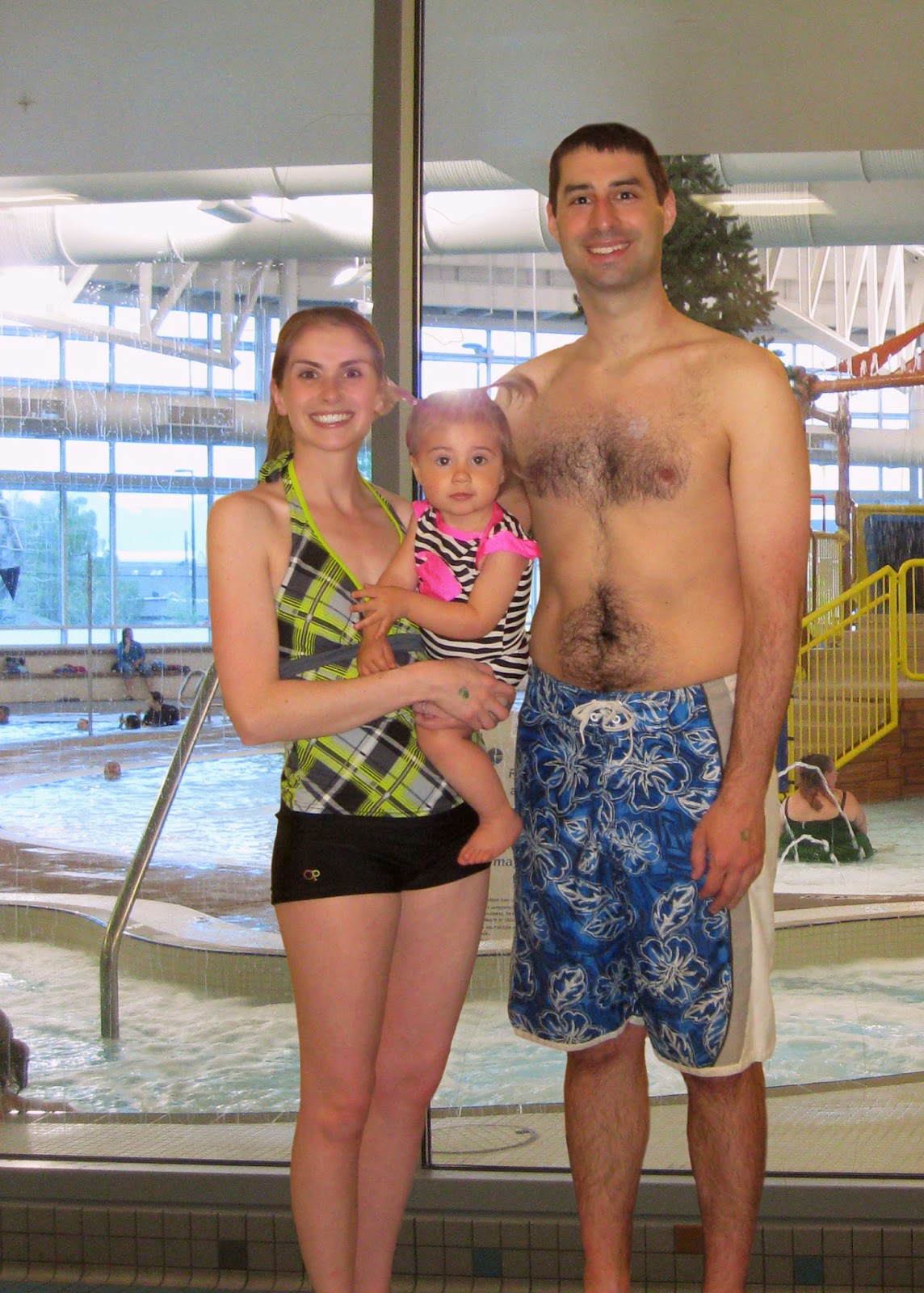 Not sure about the water 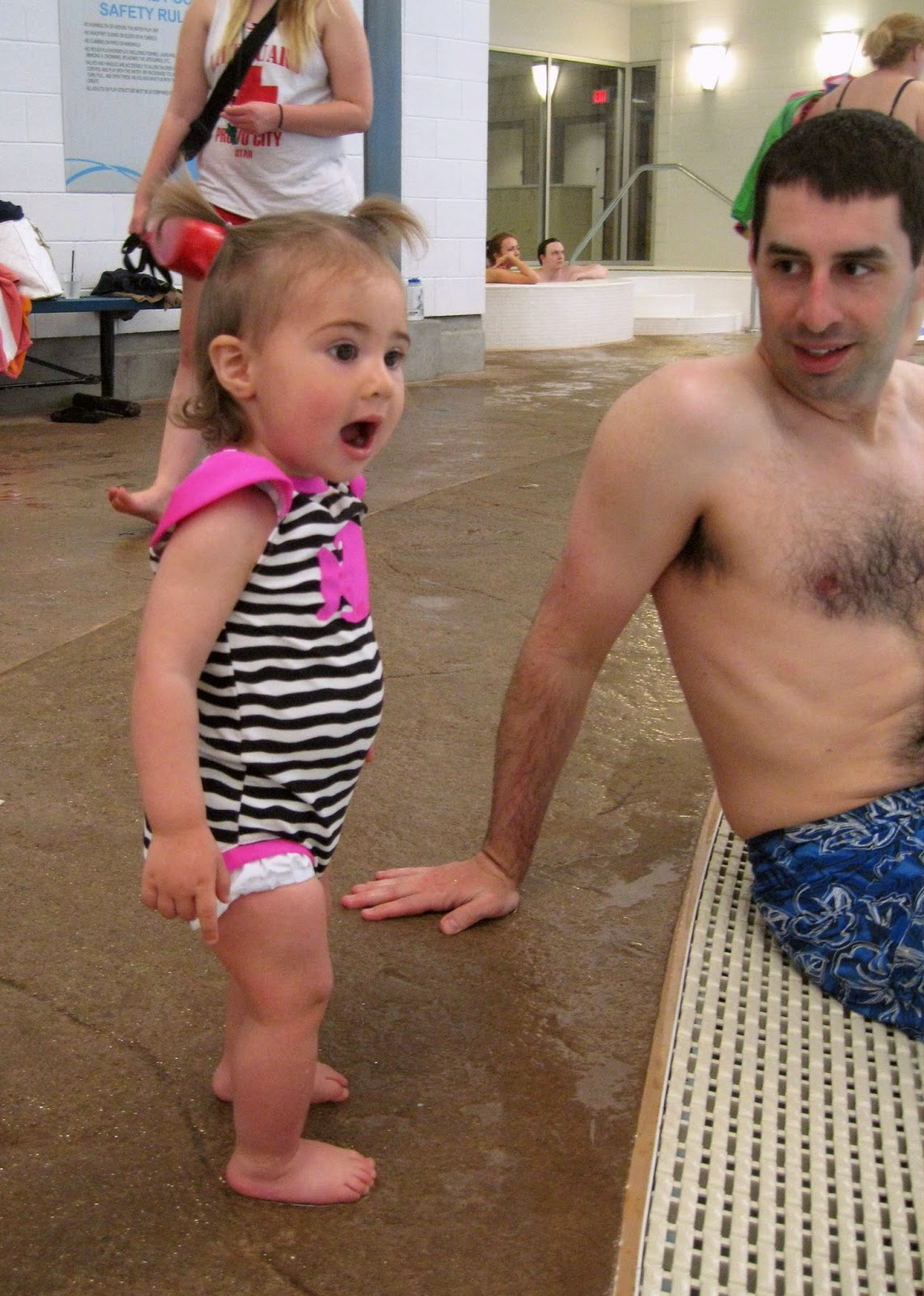 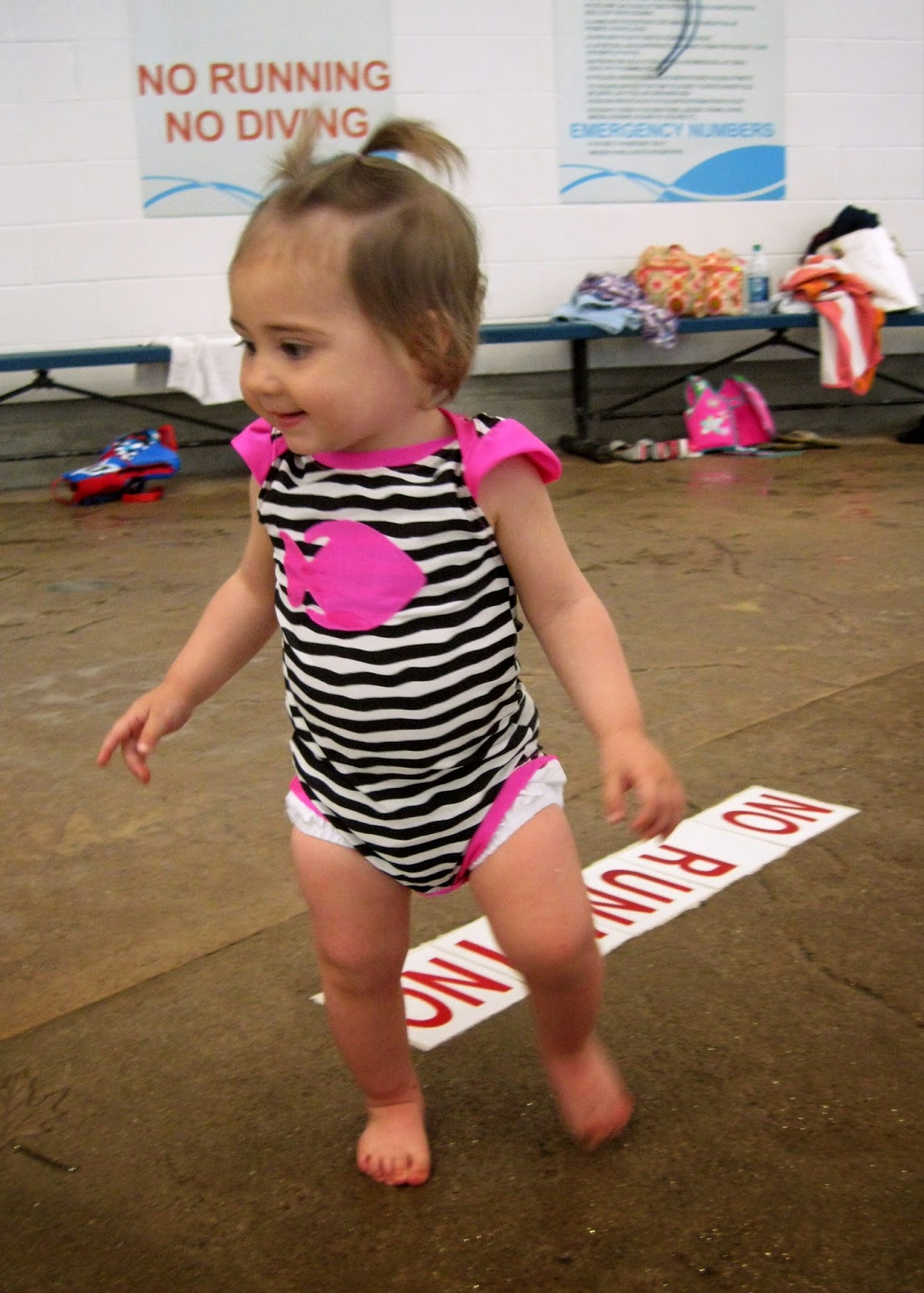 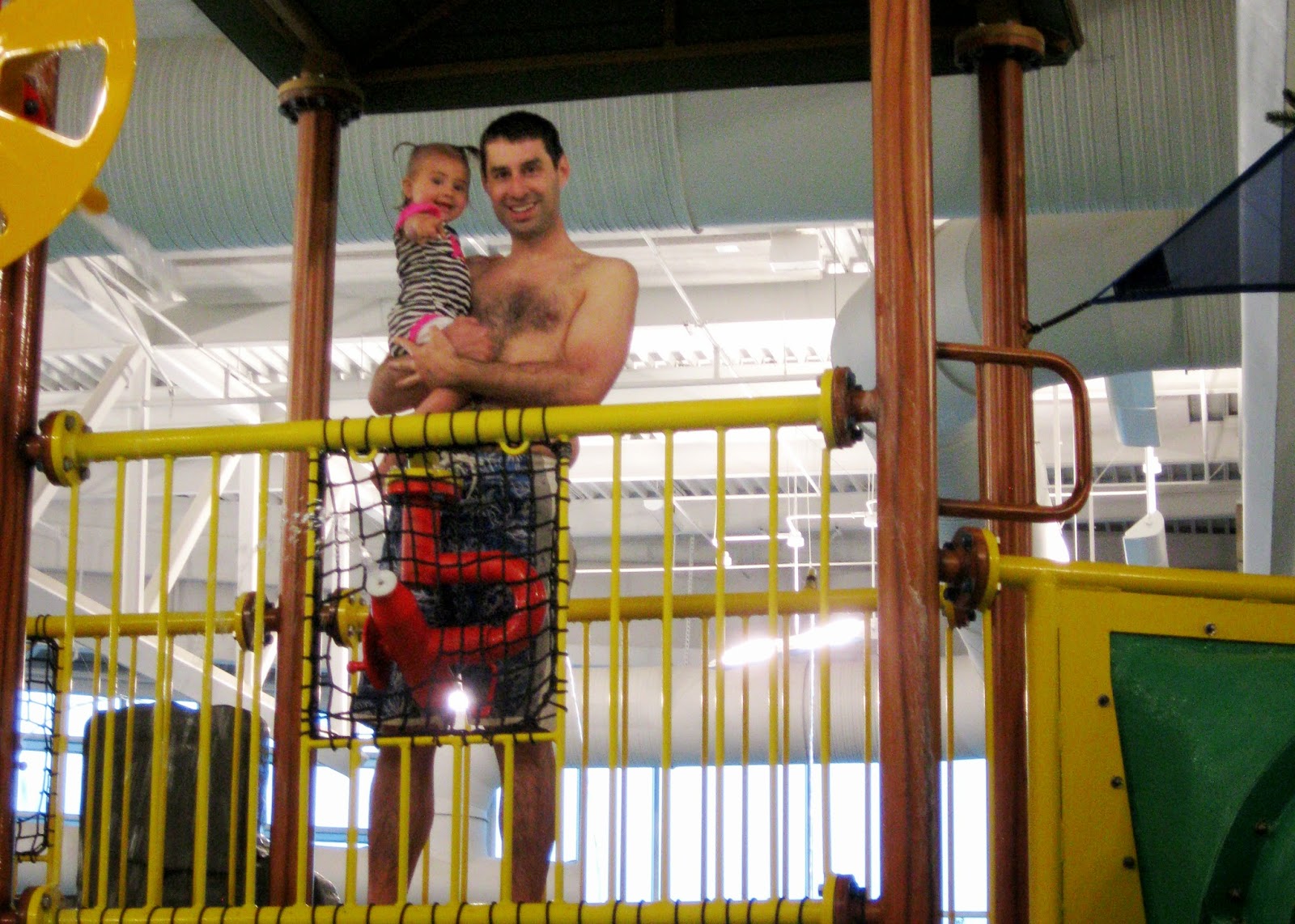