Last Saturday my grandma Mimi shared her football tickets with us so we were able to go down to Provo to see BYU play against Texas! We thought this would be the perfect game for Sophie because it's early in the season so the weather would still be nice, and the start time was 5:00, so we would get home early enough to put her to bed. Well, we were wrong on both accounts....

After eating an early dinner in Provo, we went over to my sister Natalie's apartment so I could feed Sophie before the game. As soon as we walked in the door a HUGE wind kicked up and debris started flying everywhere. Just a minute later, the clouds burst open and rain started dumping. It was like a mini hurricane. The power went out, and there was so much rain that some of the first floor apartments started flooding. Crazy!

I was just so grateful that we were somewhere warm and dry rather than trying to seek shelter at the stadium. Eventually the game started after a two hour delay and it was a GREAT game!! Sophie was stunned for the whole first quarter and just sat there taking it all in. After getting over the shock of all the lights and sounds, she seemed to enjoy herself. I'll admit I went in hoping for the best, but expected BYU to loose, but we WON! . Go Cougars!! 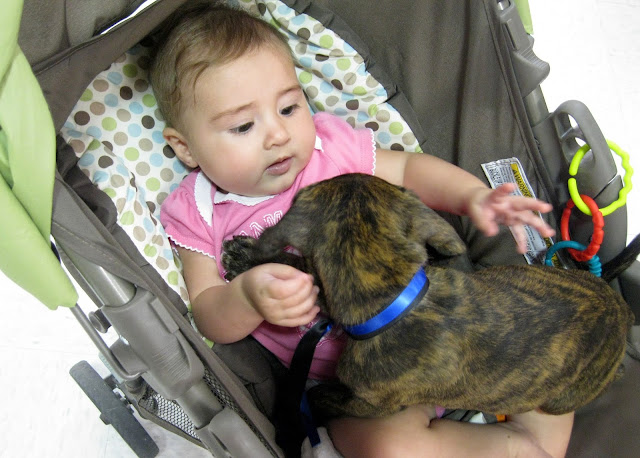 Playing with some electric candles during the power outage - she thought these were awesome!! 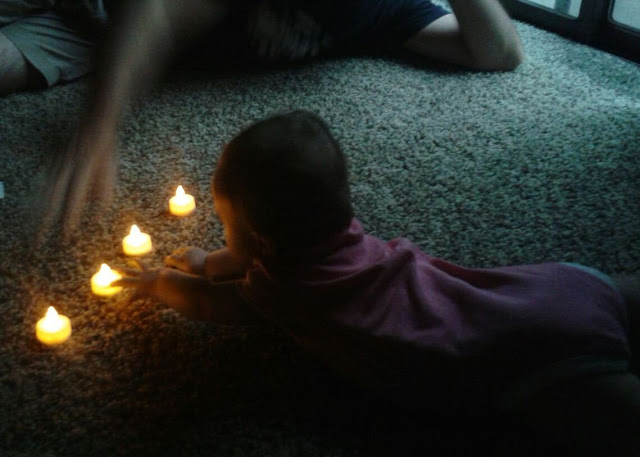 Fun! We watched on TV :) I think Anne was about this age at her first game. Indoctrinate those babies at a young age!