After three weeks of sponge baths it was nice to finally graduate to the tub! We failed to take a picture of the milestone "first bath" but the second bath was pretty much an identical experience - same tub, same seat, same birthday suit - so hopefully she won't hold it against us later in life :) 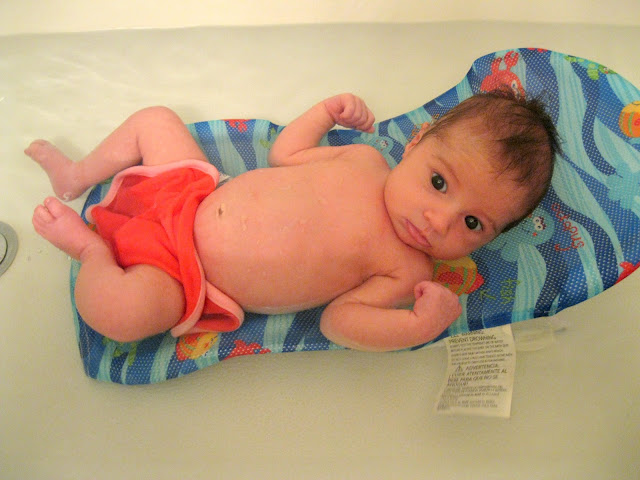