On Saturday we went up to the hills of Saratoga Springs to shoot some guns with my sister's boyfriend's family. It was a beautiful day and it was nice to get out of our apartment for awhile and enjoy the outdoors!

I spent most of my time operating a skeet launcher they found at the thrift store while the boys shot the guns. At one point there were 7 boys on the line - 6 with shotguns and one with a rifle - and I had to work pretty fast to keep the targets flying!

The shot guns we were using were a little heavier than I was used to. I have only ever shot a 20 gauge, and these were 12s, but I still managed to get a good hit on one skeet. Dave took awhile to find his rhythym, but once he did he was able to hit several targets in a row. 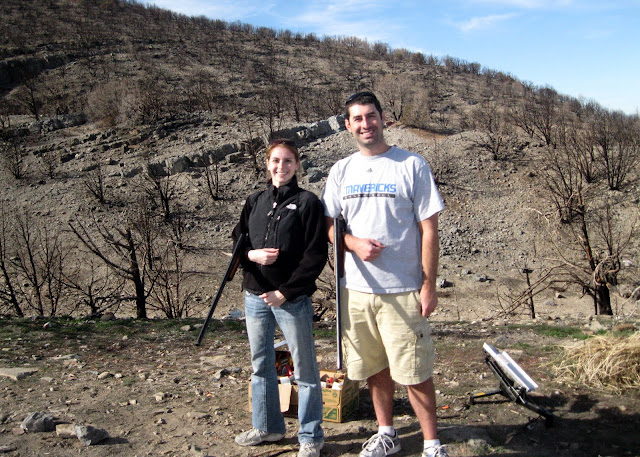 I was also proud of my mother for shooting a gun for the first time! She was a little worried about the recoil, but I was glad she tried it anyway.