Tuesday night Dave and I used a LivingSocial deal we bought forever ago, and after an hour at a local archery range we are now ready for the big leagues.


Call me Katniss - I look like I could bring down a deer, don't you think? 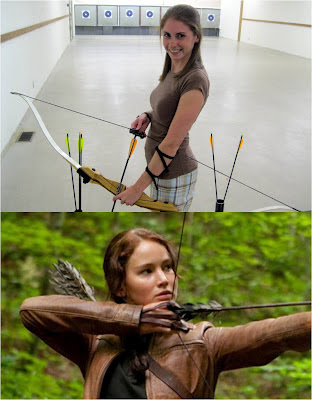 And Dave in a leather vest with a little gel in his hair = the next member of the Avengers! 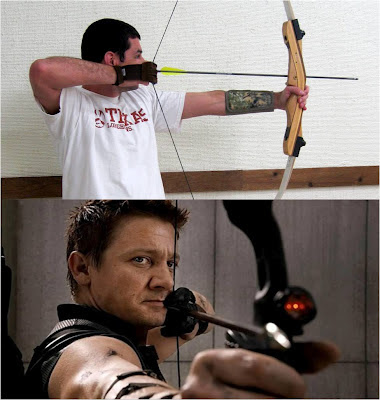 Last time I did archery was in 8th grade PE. Apparently it helped give me an edge. We had two contests tonight - closest to the bulls eye and top score after 9 shots - and I won both! Closest to the bulls eye was my second shot of the night and complete luck. Our 9-shot games took more skill. We were pretty evenly matched but I came out on top with 3 wins, 2 losses, and 1 tie. 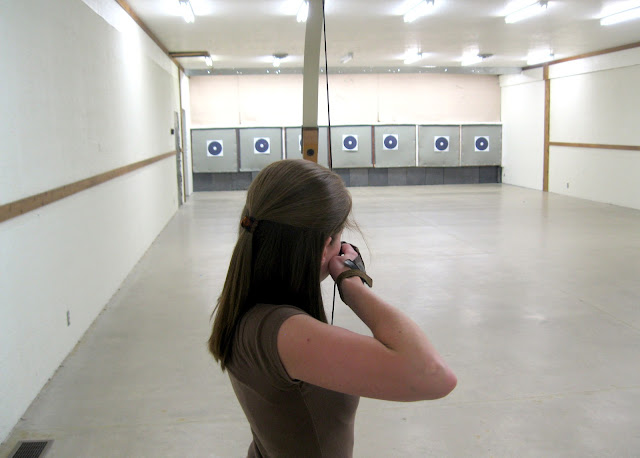 And then to preserve Dave's manhood, we played one last round of best shot before going home, which Dave won, so everyone went home happy. 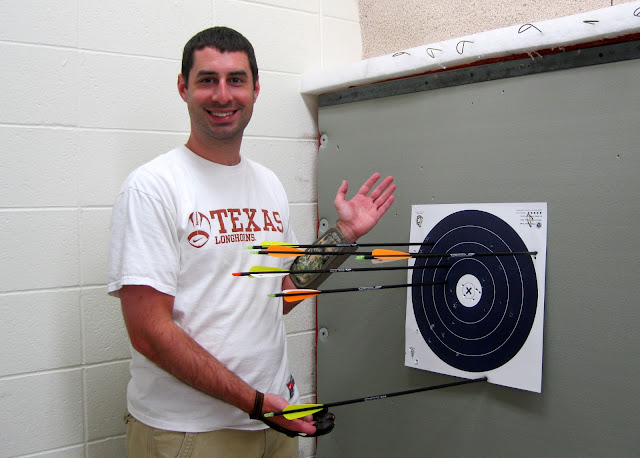