Utah has had a less than spectacular ski season so far this year. It's been much warmer and drier than normal, and the mountains have really suffered. This last week, however, a storm blew in and Snowbird received over 3 feet of snow - hooray!!

This meant that come Saturday, we were anxious to get up to the mountain for some powder. Because of all the snow, however, Little Cottonwood Canyon was closed for a time while crews performed avalanche control work. We were in the line of cars at the mouth of the canyon waiting for the work to finish when our car reached a milestone - 100,000 miles!! Since we were currently creeping along at less than 5 miles an hour with frequent stops, I got out the camera to take a picture. :) 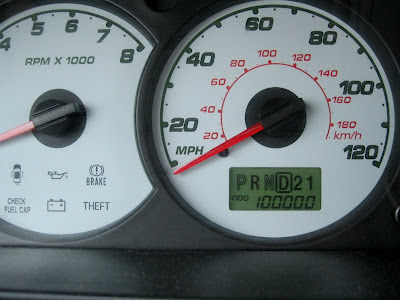 It was a good ski day, and hopefully we will have more like it this month. It was nice to finally be able to cruise down the mountain without having to worry about dodging all the exposed rocks, trees, and and other obstacles that are normally buried under the snow. And even though it was cloudy for most of the day, the sun did peak out just long enough to give us both a small sun burn on our cheeks and noses. You can't really tell from this picture, but our goggle tan line looked pretty awesome at church the next day. 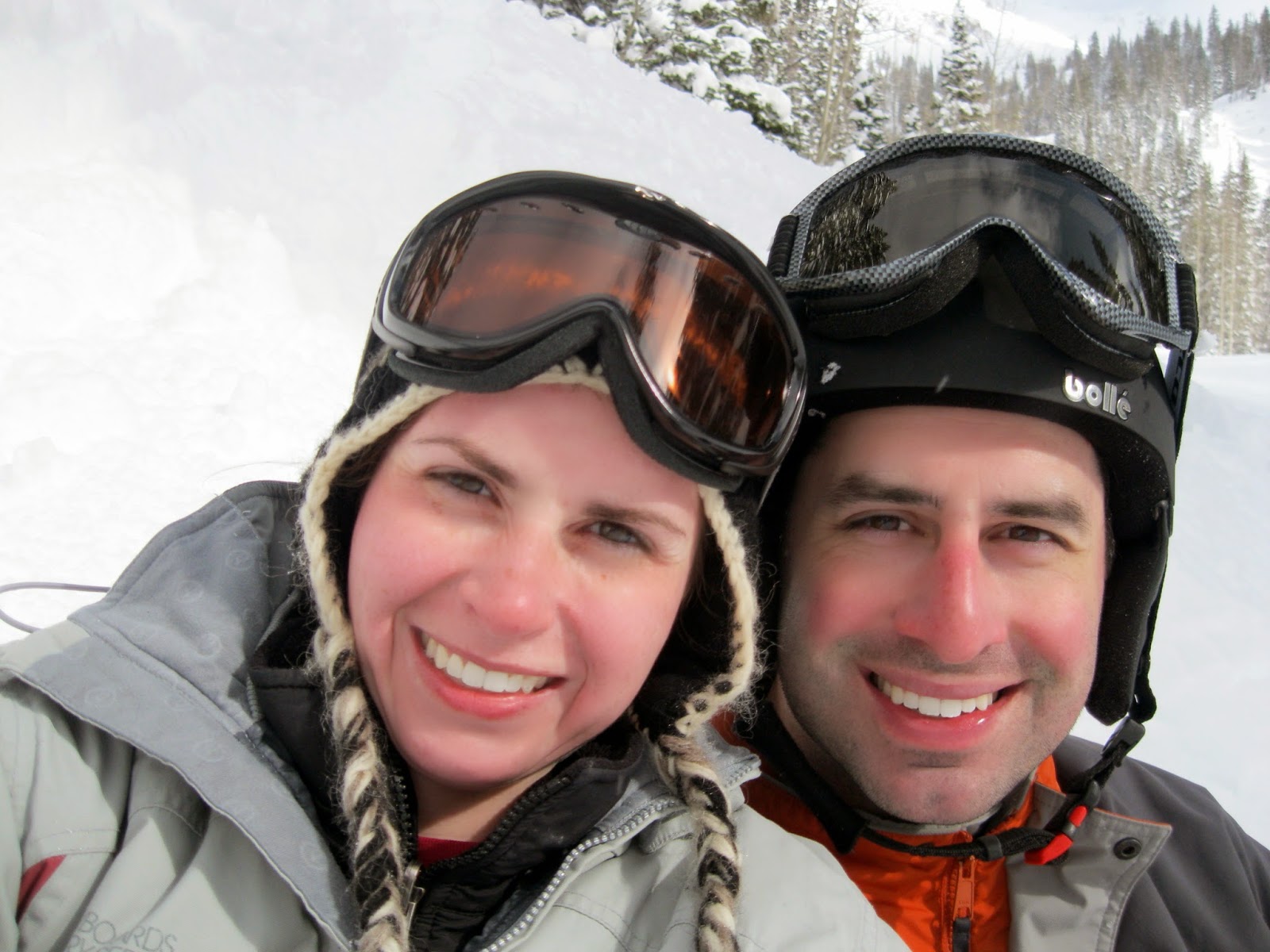 And on our way home we passed this guy on I-15 - did you know that you can rent your own pirate ship and Captain Jack Sparrow impersonator for only $150 per hour? Just a tidbit you might want to keep in mind for your next party. 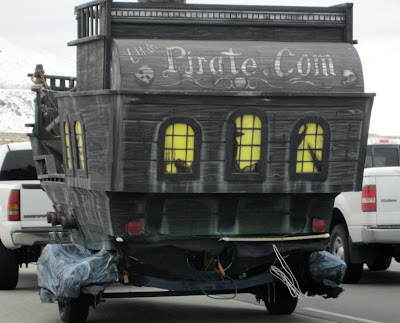