We are in Texas right now visiting Dave's family for Christmas. On Friday, Tim and Cindy hosted a murder mystery dinner at their house. Each member of the family received a different role to dress up as.


The Grinch & an Elf 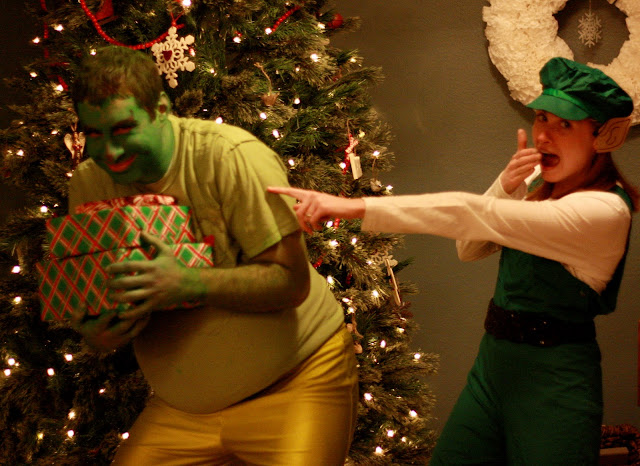 We stopped at three different stores in search of costume items and had so much fun getting ready for the party! Dave covered his face, neck, arms, and legs in green body paint and we sprayed his hair. I am wearing Dave's Luigi Halloween costume from 2nd grade and some home made elf ears. 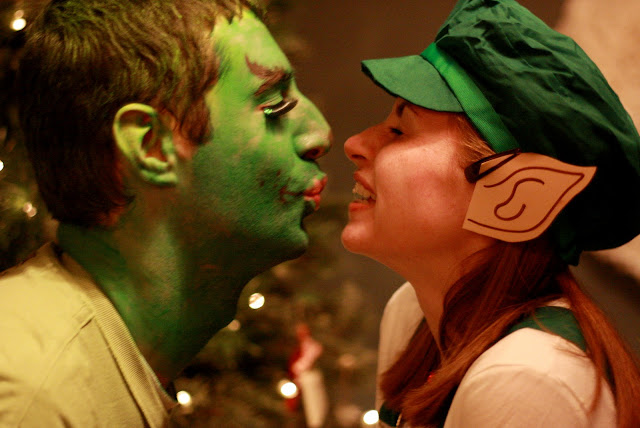 Also in attendance: Rudolph (Jack), Cindy Loo Who (Ally), a gingerbread girl (Amy), Mr. Scrooge (Greg), a nutcracker (Tim), a snowflake (Cindy), a yule log (Lincoln, who was sleeping when this picture was taken), Santa (dad), and Mrs. Claus (mom). 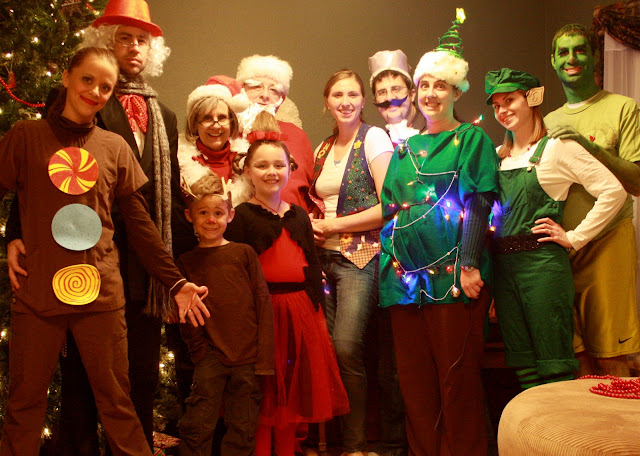 Who was guilty of murdering Frosty? Santa! 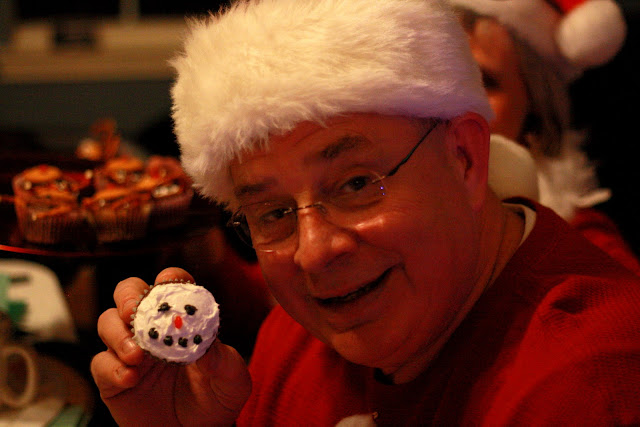 After the dinner we decided to spread Christmas cheer and went caroling in our costumes. At one point we had to stop for gas, so our group went in and sang to the attendant who thought we were crazy and refused to make eye contact.

Dave won the "best costume" award, although Elizabeth Christmas tree costume was fantastic. And I am pleased to report that after a long hot shower, with lots of soap and lots of scrubbing all the green eventually came off. 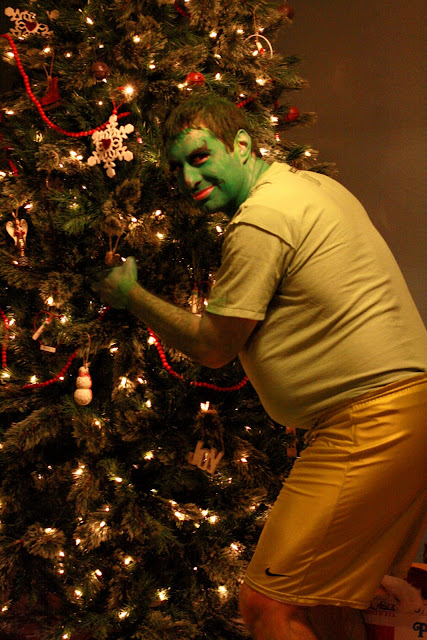 WOW. very impressed. sad to have missed that party!