Dave's dad's birthday is the day after Christmas. To celebrate we went to play glow-in-the-dark mini golf with the family. The glow part was cool (look at Dave's nice new white socks!) and the dark added an interesting twist. You couldn't see your club or read the slope of any of the greens so each hit really was a shot in the dark.

Surprisingly enough, I think we both actually played better than normal. Our foursome (Dave, me, Amy, and Jack) had the lowest team score, and I tied Cindy for the lowest individual score! 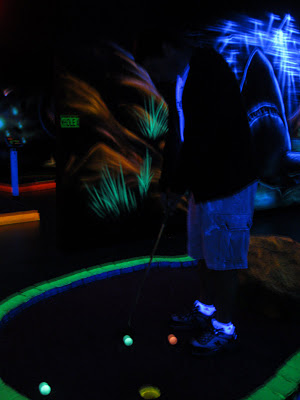 A few days later, the big kids (me, Dave, Tim, Cindy, Amy, and Liz) went to TopGolf - pretty much what happens when you combine a driving range with bowling.

There are targets spaced out at several different distances. Every section of every target has a sensor so the chip in your ball will tell the computer exactly where the ball went and assign points based on the distance and accuracy of your shot.

Your group all plays out of the same bay (like a lane in bowling), and each player gets 20 shots. If you hit a ball into a double zone, your next ball counts as double, (like a strike in bowling). It took me about 16 shots before I found my rhythm so I didn't score very high the first game, but did much better the second time around. It was really cool idea, the food was great, and we had a fun time! 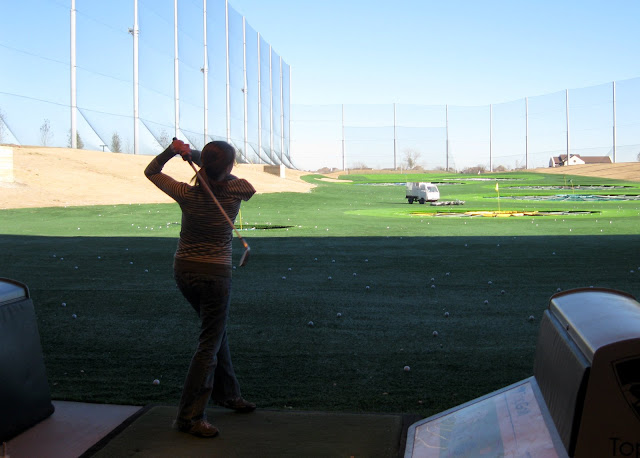