BYU was invited to play at the Bell Helicopter Armed Forces Bowl, which happened to take place in Dallas! Convenient, huh? We went to the game with Dave's dad, brothers, and sister. It was a beautiful day and we were able to wear t-shirts and even got a little bit pink from the sun.

The Cougars were matched against the Tulsa Golden Hurricanes. Even though Tulsa is just one state over, there were a lot of BYU fans in attendance and the cheering sections for each school were about even. 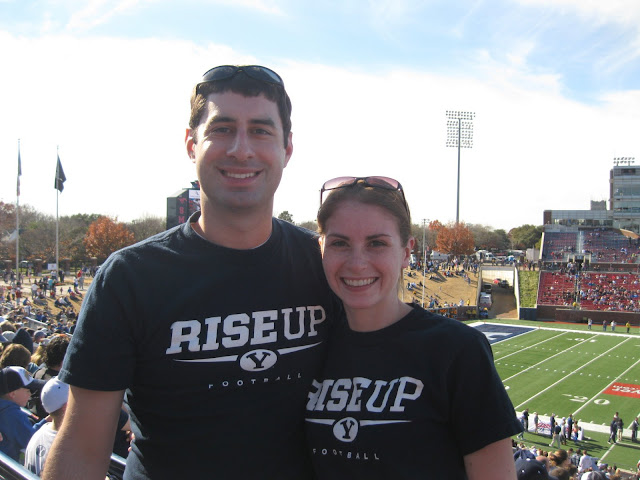