BYU Basketball - 3 for the price of 2

Yesterday I told my sister we could babysit while she went out with her husband. Then we realized that the BYU basketball game was the same night. Rather than back out of either, we decided to just take little miss Anne with us - she's free as a lap child, although she ended up with her own seat anyway.

We had tickets to the BYU vs. Dixie State game from my grandma. Her seats are AMAZING - on row 5, close enough even for Anne to follow the game. For the first half she kept up a running commentary of "ball bye-bye" (on the other end of the court), "ball back" (back on our side), and "Hi Beast!" (whenever she saw Cosmo the Cougar). 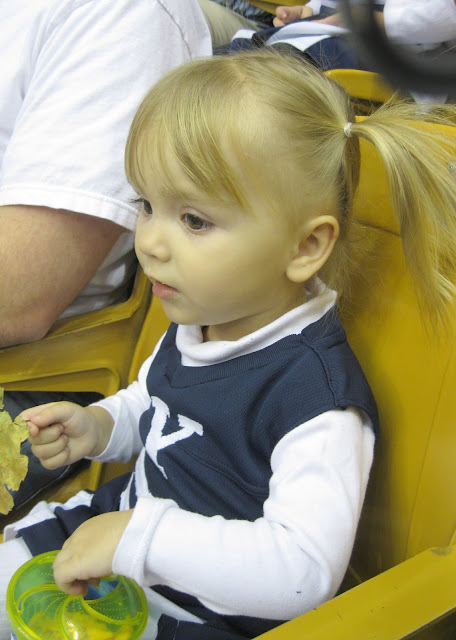 She also took time to feed this beast... 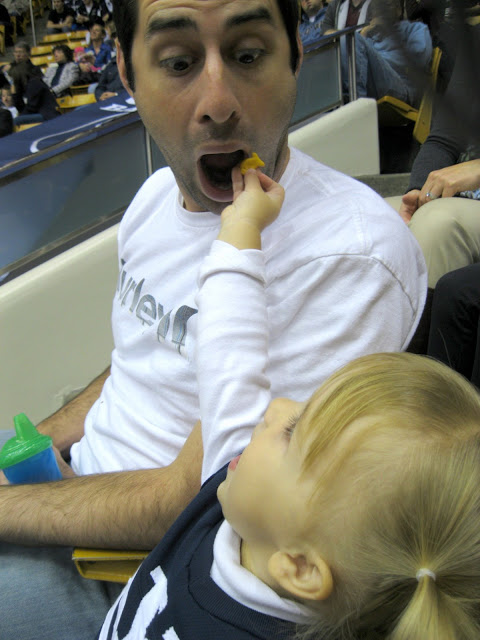 Dixie State actually gave BYU a run for their money - it was a close game to the end. Because the game was so competitive, we didn't want to leave early even though Anne was begging us to go "bye bye" (she probably asked 100 times). In the end, however, we convinced her to stay to watch BYU pull out a win. 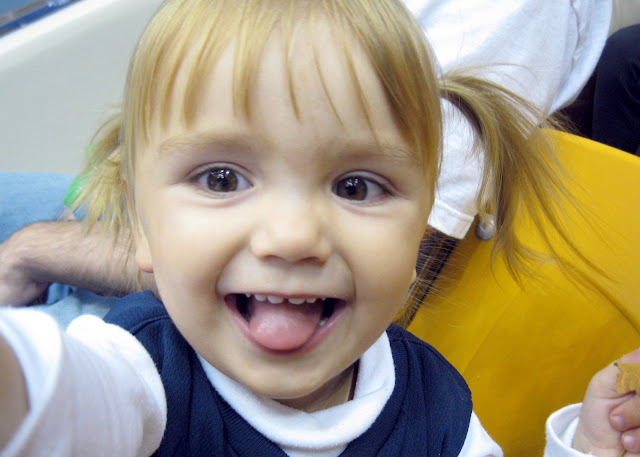 Glad you guys had fun!