We've been in North Carolina for the past few days with the Howe family - our third vacation this month. It probably would have been smarter to spread them out a bit, but it's made for fun times!

Deep sea fishing was our first adventure on this trip. Nine of us went out - six fisher people and 3 watchers. It was great to have the watchers there to cheer us on and take pictures. I never even got my camera out because my hands were so gross from baiting the lines, so these photos are all from Aunt Dee.


The group before heading out 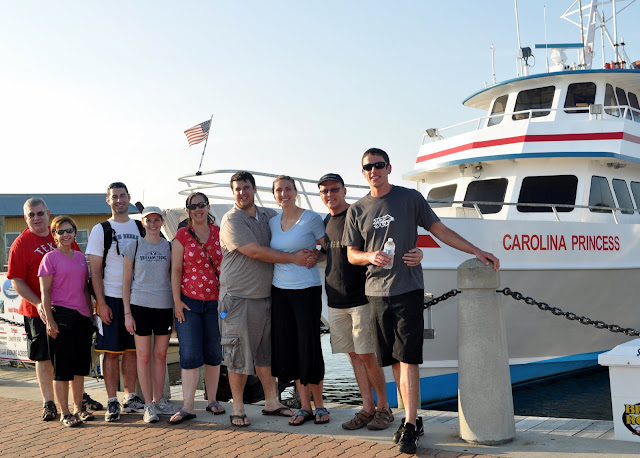 After a bumpy hour and half ride out into the ocean, we arrived at our first fishing location. One of the crew members came around and slopped a pile of guts by each of our poles to use as bait. I made Dave bait my first hook, and then quickly realized that I just had to go for it and get my hands dirty. After just a minute, you'd either have a fish, or have your bait stolen. It was a lot of fun! 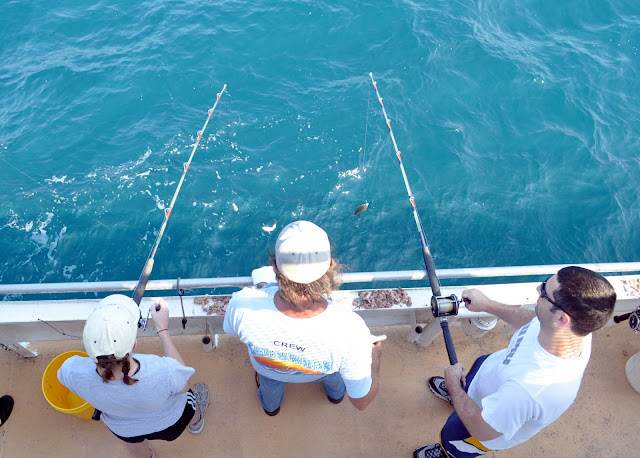 I think we all had dreams of catching something huge (I thought I'd catch something as big as myself), but our fish were just over a foot long. Most of the excitement came from those in our group that couldn't tolerate to the motion of the ocean. They were troopers though, and alternated between fishing, chumming the waters, and then back to fishing. Luckily Dave and I were in the strong stomach camp.


Passed out on the way back after a long, hot day 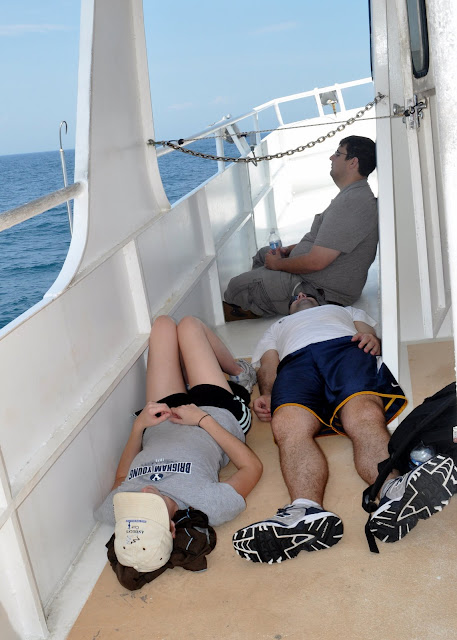 We don't have any pictures of us with our catch at the end of the day because we didn't wait around for them to get our fish out of the cooler (you see there was a snow cone truck just across the street from our boat that was way more enticing than dead fish), but the final count was Mel: 3 keepers; Dave: 1.