I LOVE the Mariners. I've been cheering for this team since I was a little girl. Unfortunately they haven't been doing very well this year (or last year, or the year before...) but I still wanted to go to a game while we were visiting Seattle.


Before the game started - the seats are empty now, but they filled up by game time. Even when we're having a less than stellar season, the fans still show up. We love this team! 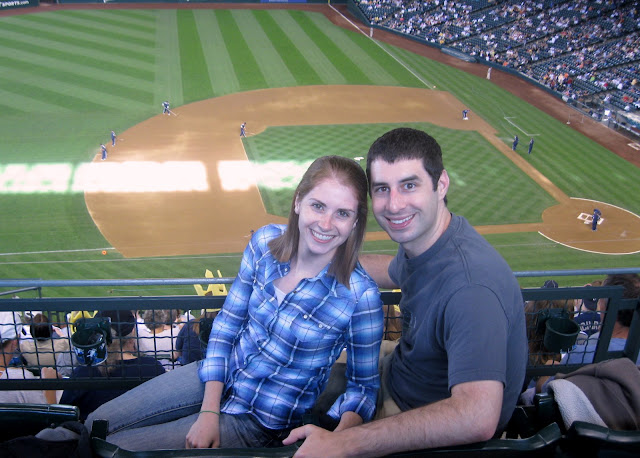 This game was particularly fun because they were celebrating the 10th anniversary of the year the Mariners won 116 games - the most ever in baseball. Several of the players and our old coach were in attendance for the event. It was fun to look back at that season and remember how energized the city was during that time. I remember people running out to their cars during church to check scores (this was before the days of iPhones), and my PE teacher bring a TV into the gym so we could watch the game during class :) I was a special year and a special team!
Posted by Melanie Howe

LOVE those M's! Still remember Pam cracking the TV cabinet open while the missionaries were over:)

Yay! I hope your vacation is the best!