This year we went as church goers for Halloween! I guess that's what you get when Halloween is on a Sunday. Dave has a orange shirt that sees the light of day just once a year, and I just went with standard black because I don't have any orange church clothes - we'll have to fix that for next year :) 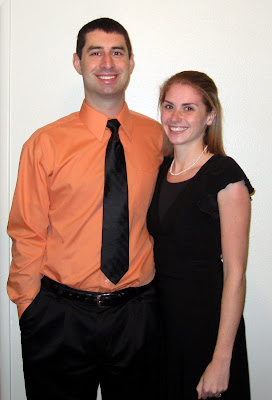 Actually earlier we dressed up at the Flintstones. I wore Wilma to school for costume day, and then met up with Fred later that evening. All the kids at school had no idea who I was - I guess this generation has never heard of the Flintstones - so when they kept asking "Mrs. Howe, Mrs. Howe who are you?" I started to just say a cave woman rather than try to explain things... oh well. 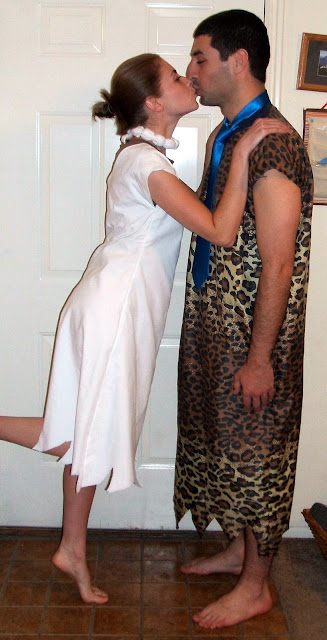 ooo la la- I don't know if Fred and Wilma ever showed that kind of love in public (well, certainly not on blogs) Ha. You both look awesome! I love it!