During our trip to Texas last week, the Howe family went on a camping trip to Turner Falls in Oklahoma. It was very hot - walking up to the tent felt like a death trip (Dave's words) - but as long as you kept wet it was actually very pleasant. We set up camp right near the river and except for a trip to the swimming hole, we didn't move from this spot. 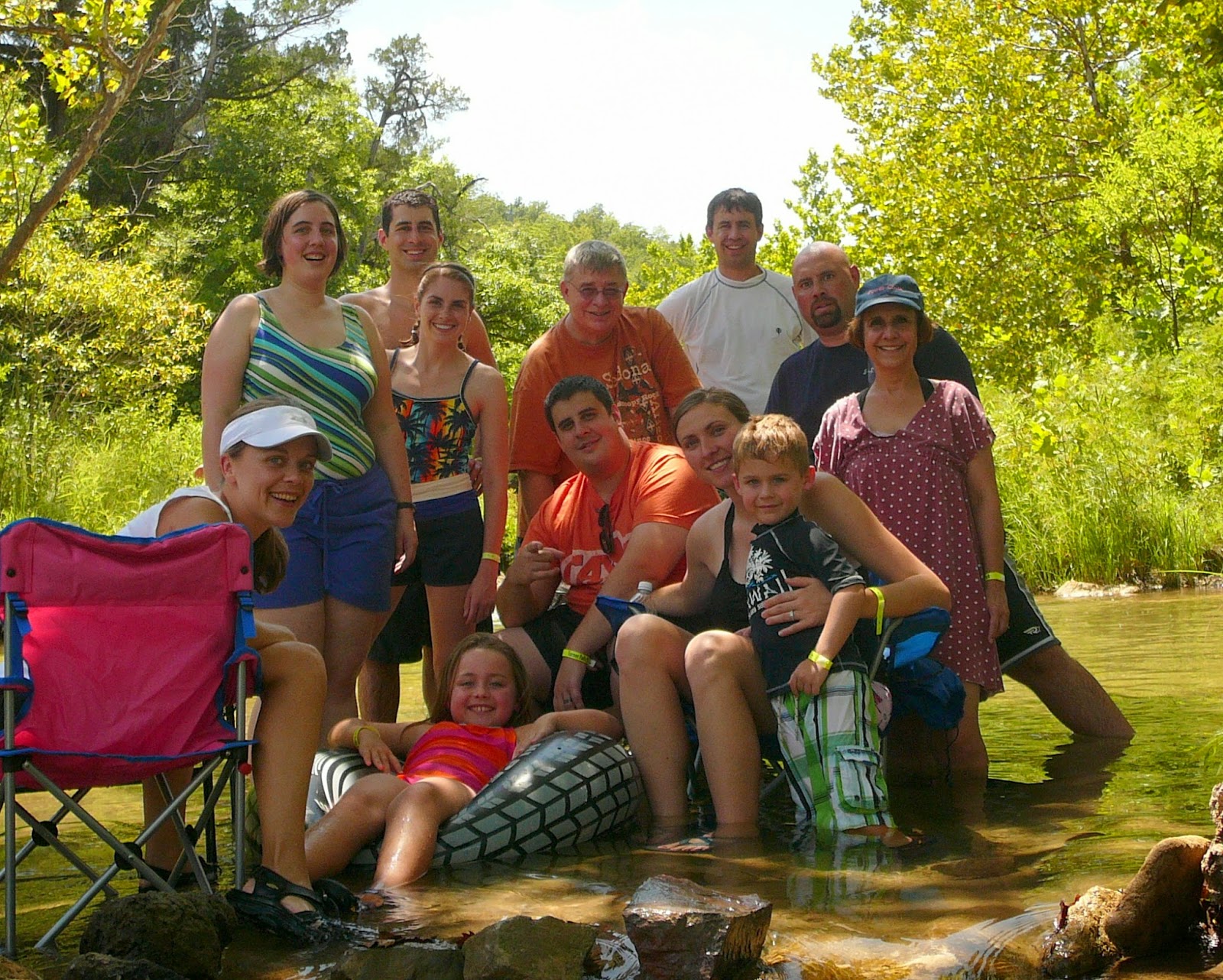 It's hard to tell from the pictures, but that is actually water we are sitting in - not a giant mud pit. The water where we were was very shallow and mom and dad had the idea to move their chairs out into the river. 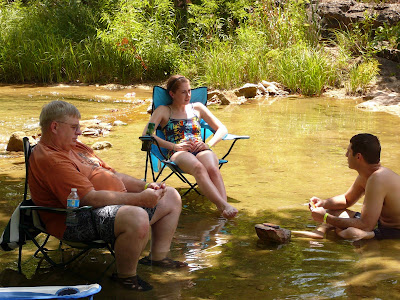 Eventually we brought the card table in the water as well. Soon one of the picnic tables followed so we could start eating our meals in the river. The grand feat, however, was when Dave and his brothers built a stone platform so we could have our campfire out in the water! 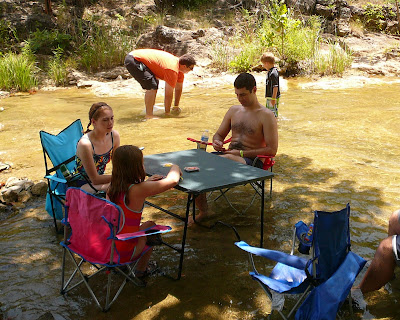 That evening Dave set up a croquet course for the family. If you've never played on a Dave croquet course then you haven't played croquet. When Dave is the architect, it's more like an obstacle course and you need to be prepared to hit over rock fields, up or down hills, over ditches, and not get frustrated should your ball end up under a tent. There was one section where we were in super long grass and it took us probably 8 hits to get from one wicket to the next, even though they weren't that far apart.

If the camping trip ended here, we would have had only good things to say. Unfortunately, that night we learned the consequences of free-range camping with minimal regulations. Right on cue, as we were getting ready to turn in around 11:00, the music started blasting and did not stop for several hours. Other campers appeared out of nowhere and set up their tents where common courtesy says you never should - like only a couple feet from some of our tents. It was a rough night in "Little Mexico" and when morning came we packed up quickly and hit the road before breakfast.

Overall, between the good and the bad, let's just say it's a camping trip we'll remember!
Posted by Melanie Howe

Eating, card playing, campfire etc. over the river sounds genius to me! It is so fun you could move back to Utah.Hang out with the crowd down here!