On Saturday we went curling with some friends and a bunch of people from the two Sammamish wards. We were actually lucky to get any pictures at all because the "back-up" batteries that I brought were apparently used batteries that made their way back into the supply rather than the garbage can...oops! 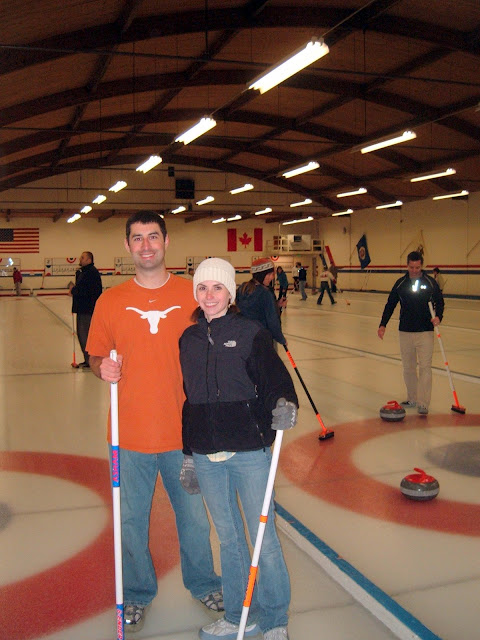 After the initial awkwardness of learning how to hold everything and push off without falling over, it was really fun! The sweeping part was actually pretty cool too - I had no idea how much of a difference it made. 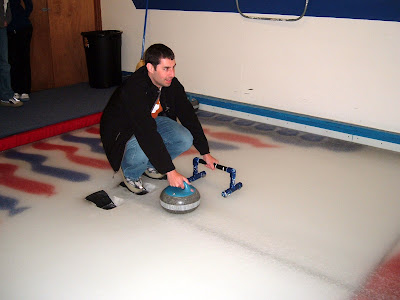 I was on a team with Dave and my parents against two couples we know from Dave's work. For the first few rounds, the score was really close - we traded a point here and a point there. But then with some skilled lucky shots, our team was able knock out all of blue's rocks (the curling stones) to get five of our rocks in the house (the scoring circle)! 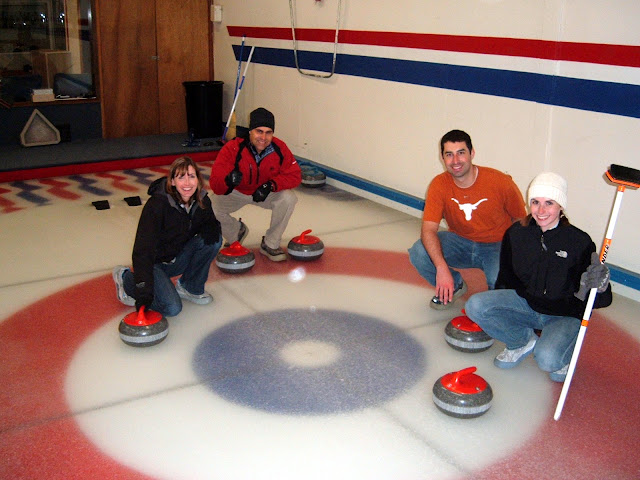 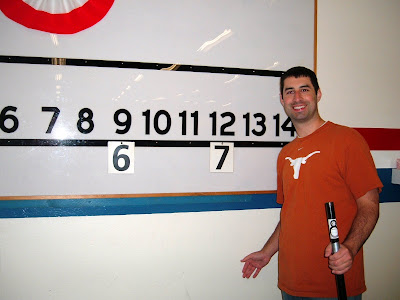 I love that you are all wearing hats and coats and Dave is in a t-shirt:)

That's really funny. I didn't really think about it till Amy brought it up in your comments. That's great.