Last year Dave and I didn't dress up for Halloween, so this year we decided to put a little more effort into our costumes.

I was a little skeptical about how mine would turn out, but in the end I was very pleased!! 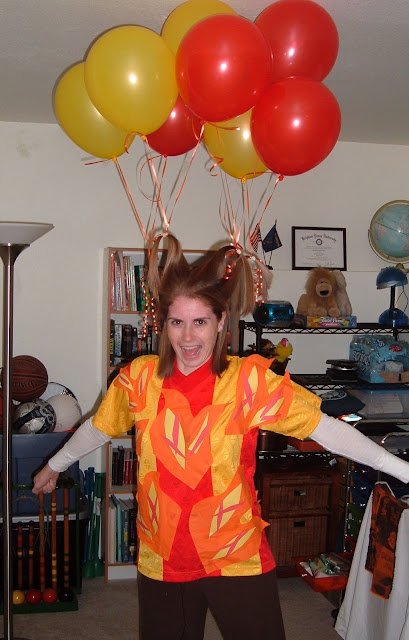 The balloons in my hair made me a beacon for every kid at the party. I attracted the little witches, ninjas, and Harry Potters to me from all corners of the building, drawing them in like moths to a flame.

My balloons also led to a "Best Costume" award for the night!!

Dave was a major hit at the party as well. He spent the night making balloon swords, hats, flowers, fairy wands, and dogs (which also doubled as a cat, a deer, a giraffe, an elephant, and a tiger). Dave is treasure trove of random talents - he never ceases to amaze me! 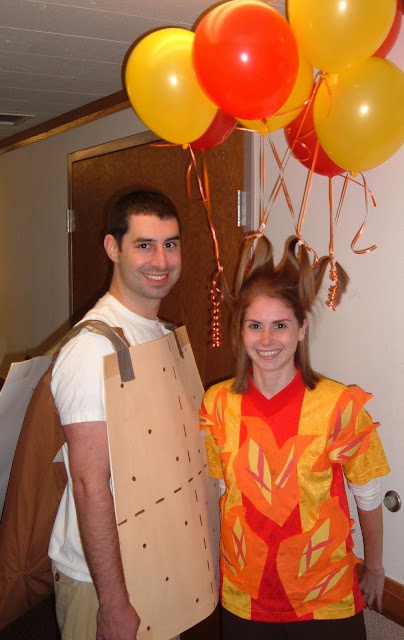 **In case you can't tell what we are, Dave is a s'more and I am a fire

HAVE A HAPPY HALLOWEEN!

Hehehe. You do know our house is kinda small right? Hilarious. How did you fit in the car. I love it!

I just discovered this: http://www.thecutestblogontheblock.com/free/free-backgrounds.html
You should check it out